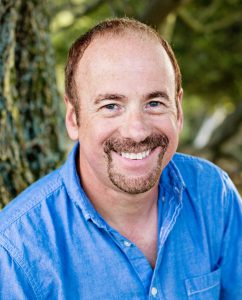 Over the years, there isn’t very much that John Chevalier hasn’t done. Along with being a teacher/trainer and media producer, he is a visionary who gets up every morning wondering; “How can I change the world today?”

At the early age of 15 he began his career as an audio engineer and professional musician, traveling all over Upstate New York playing in several up-and-coming semi-pro rock bands. By age 19 he was managing a local service station and by age 25 he had a successful career as a Honda Automotive Specialist. In 1990, he left the repair end of the automotive trade to manage a local repair shop until leaving the automotive industry for good in 1991 to accept a position as associate pastor and music director at a local church in Santa Rosa, California. John has been in various aspects of management, sales, customer service and leadership ever since. 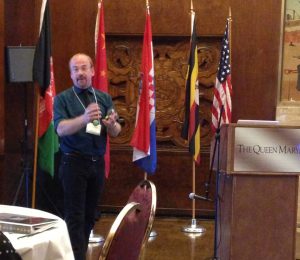 John has spent more than 35 years in management & leadership in both the public and private
sectors. He has developed some of the most practical training in leadership, team building, music and multi-media communication for the church and non-profit community, and has used his leadership skills and team-building principles to better equip schools, churches, small businesses and nonprofit corporations. His influence can also be seen in print as John has been a regular contributor for Technologies for Worship Magazine”, and John has written two chapters in Tom Kraeuter’s book “Things They Didn’t Teach Me in Worship Leading School”, as well as been quoted several times in the book, “Guiding Your Church Through A Worship Transition”. 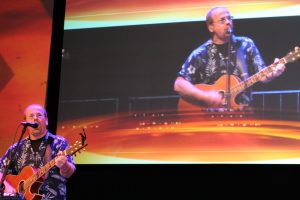 In addition, he has been the worship leader for many multi-church events such as citywide concerts of prayer, the National Day of Prayer celebration, Celebrate Jesus 2000, Luis Palau’s Festival Events and March for Jesus. He has put together multi-church praise & worship teams in both Sonoma County, CA and Tucson, AZ and has worked with such artists as; Paul & Rita Baloche, Morris Chapman, Steve Fry, David & Antonia Lawrence, LaMar Boschman, Vivian Hibbert, Bob Fitts, David Baroni, Rich Severson, Kent Henry, Marc Cooper and others. 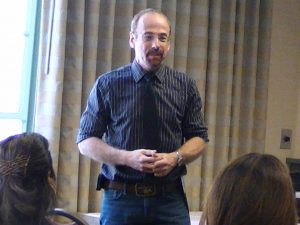 John spent 12 years as a faculty member, music director and representative for the International Worship Institute in Dallas, Texas; and has been a featured speaker at many conferences nationwide. In 2006 he decided to take his passion for training to another level and accepted an offer to teach at a local high school. Since then he has been teaching Digital Audio and Video Production to high school students in Sonoma County, California.  During the school year you can find him overseeing his high school classroom, which he developed into the first Apple Authorized Training Center for Education in Sonoma County. John was recently featured on the Santa Rosa Press Democrat’s website and you can find his interview by CLICKING HERE.

When he’s not in the classroom, John continues to use his leadership skills and team-building principles to better equip small businesses, educators, churches and nonprofit corporations across the country.